Well where to start? It's been a while.  I confess I've felt a little lost the last few months. 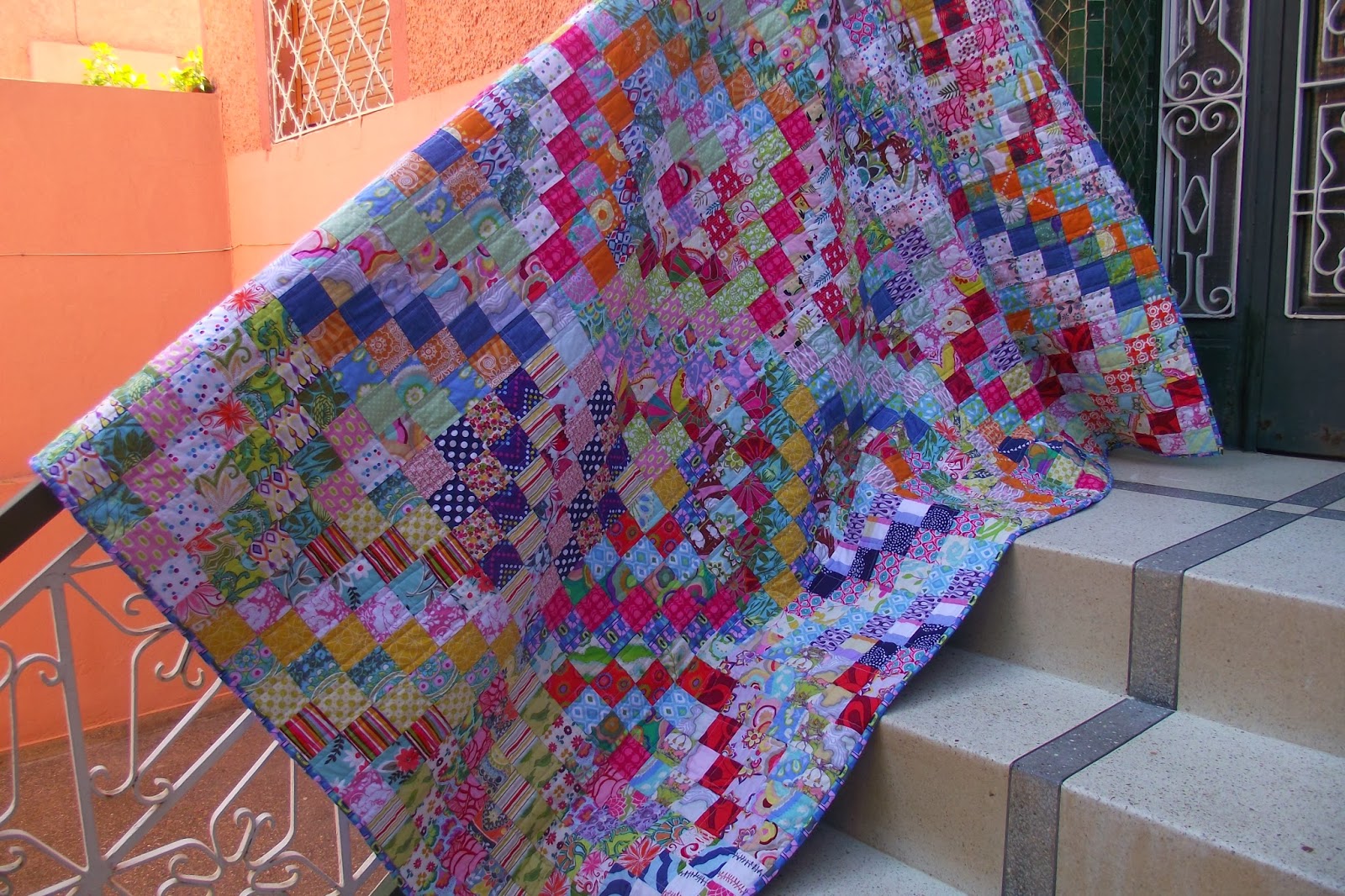 It all began with the small person who shall remain nameless dropping my lap top and breaking the screen so that blog reading and posting was impossible for a while. 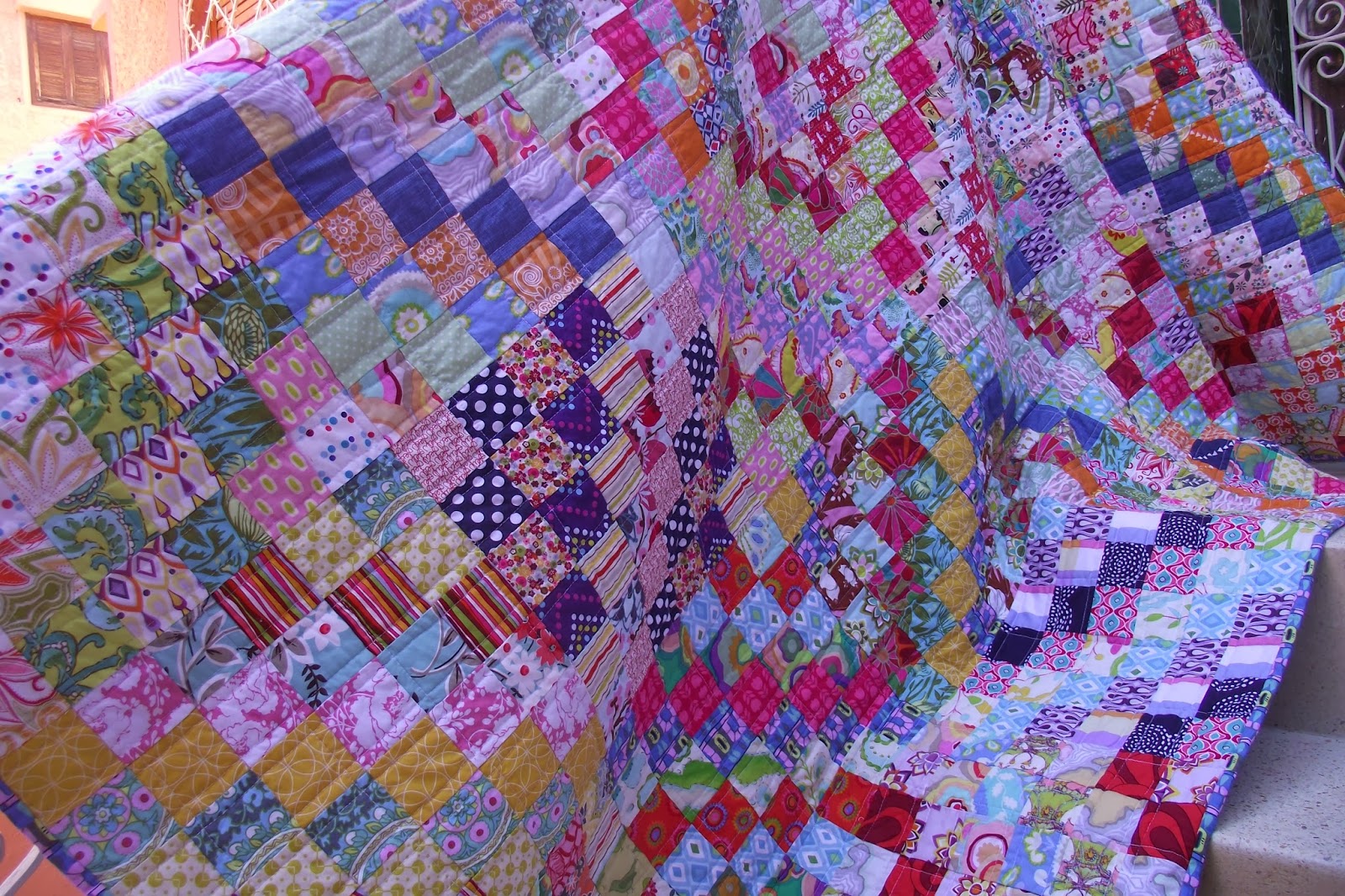 But it wasn't his fault. The screen was easy to fix..but then there were computer glitches of the viral kind. 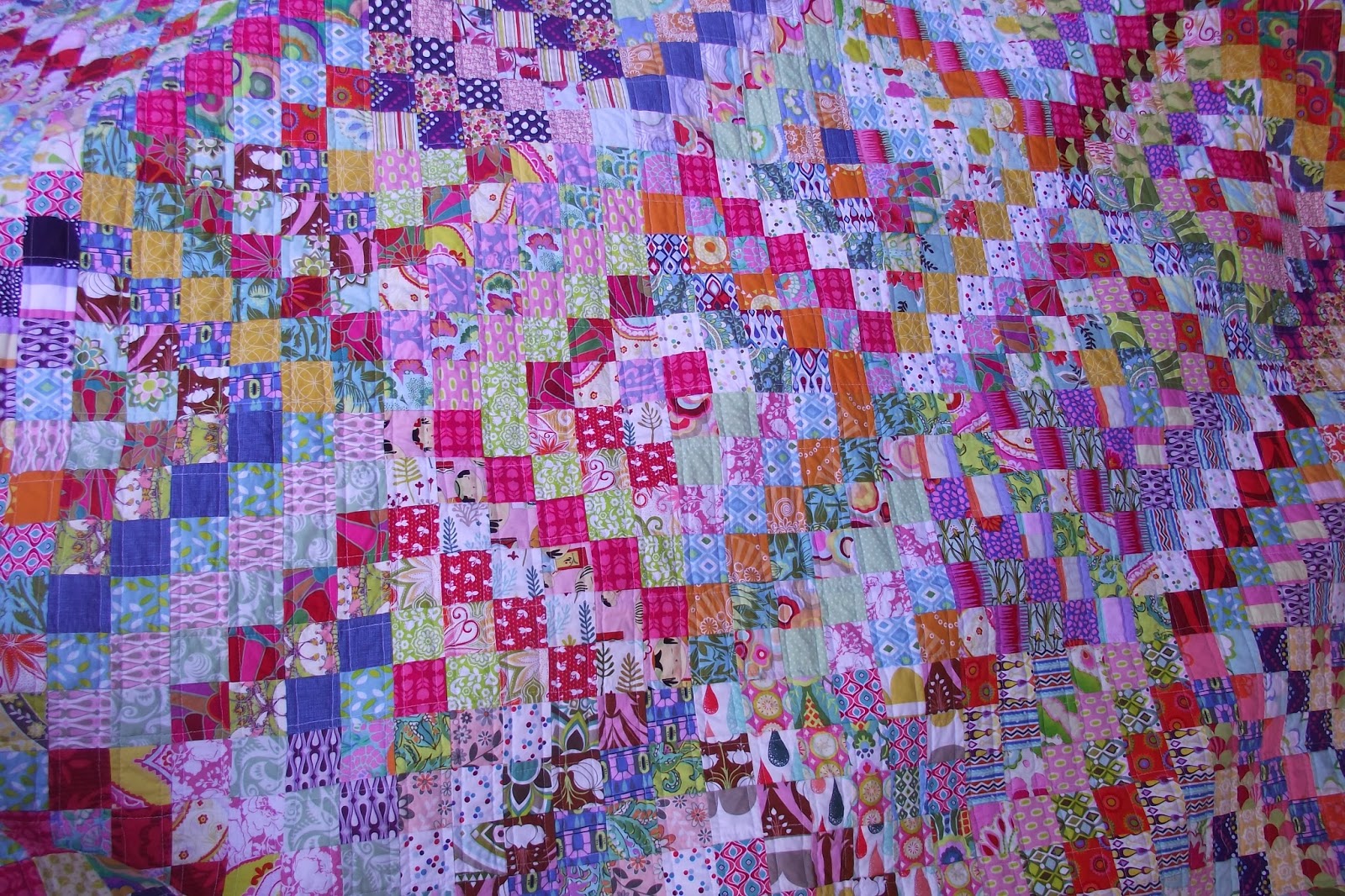 They got fixed too and after finding a spare moment to sew, I basted the scrappy trippy and started to quilt. Straight lines quelle surprise! Nothing fancy. 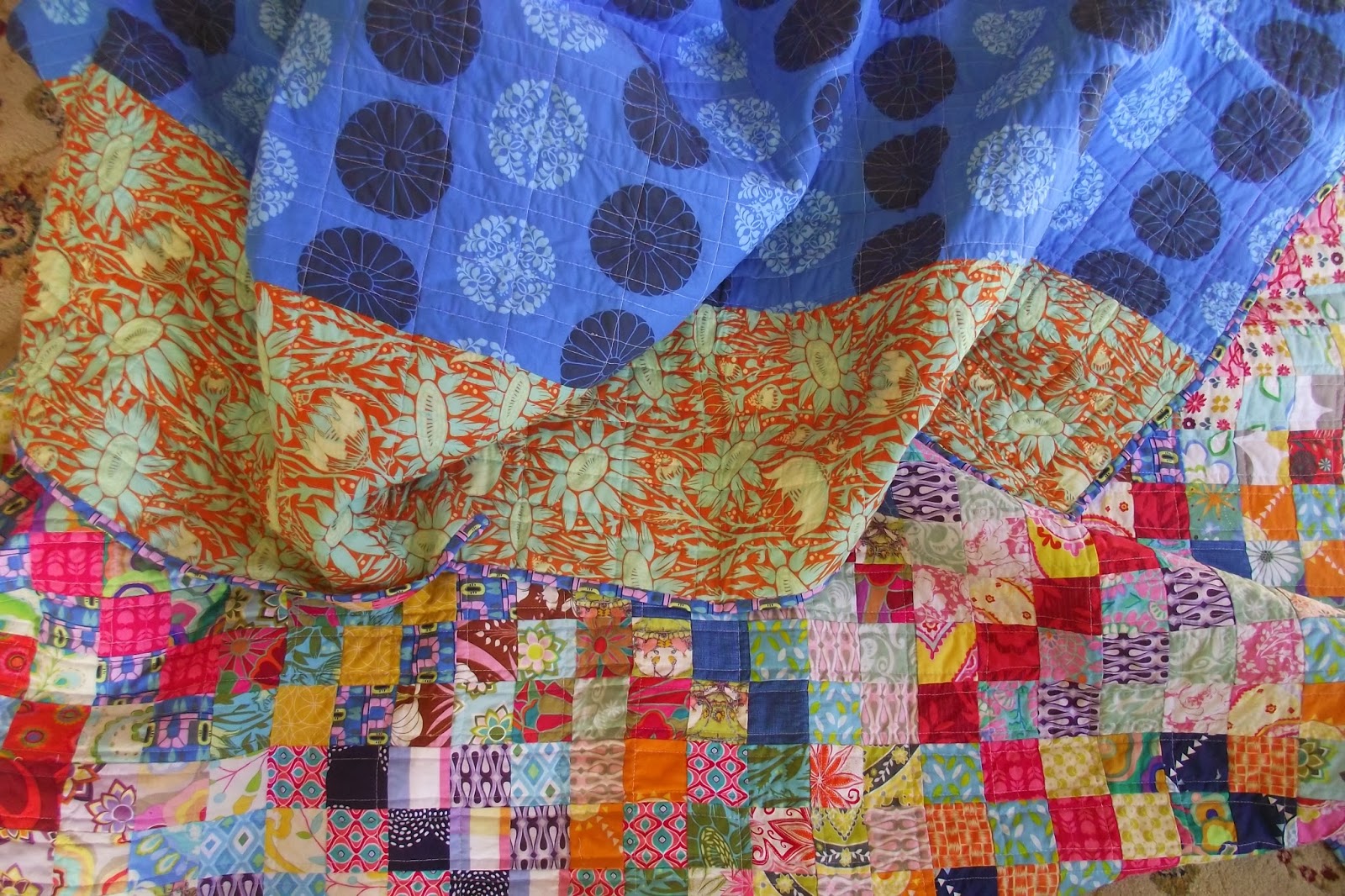 But a couple of lengths in to quilting, the needle fell down...and then again...and again...and again.  The quilt was thrown in a corner. By now, mojo was dissipating by the second. I was 1500 miles and several months away from getting the machine fixed or serviced. I felt completely lost. I couldn't read blogs. I stayed away from Instagram. I seriously thought about throwing it all in...  stopping blogging...trying something else.

But I missed the emails and contact with bloggy friends. After a couple of weeks, I left the pity party and tried to find a solution to the needle problem. I looked online and found a forum where someone had posted the same problem. Despite never having had to do so before, I tightened the screw using the metal key and it worked! I was surprised by how much further it turned than simply by hand. I quilted and bound the scappy trippy and have my first finish of 2014. 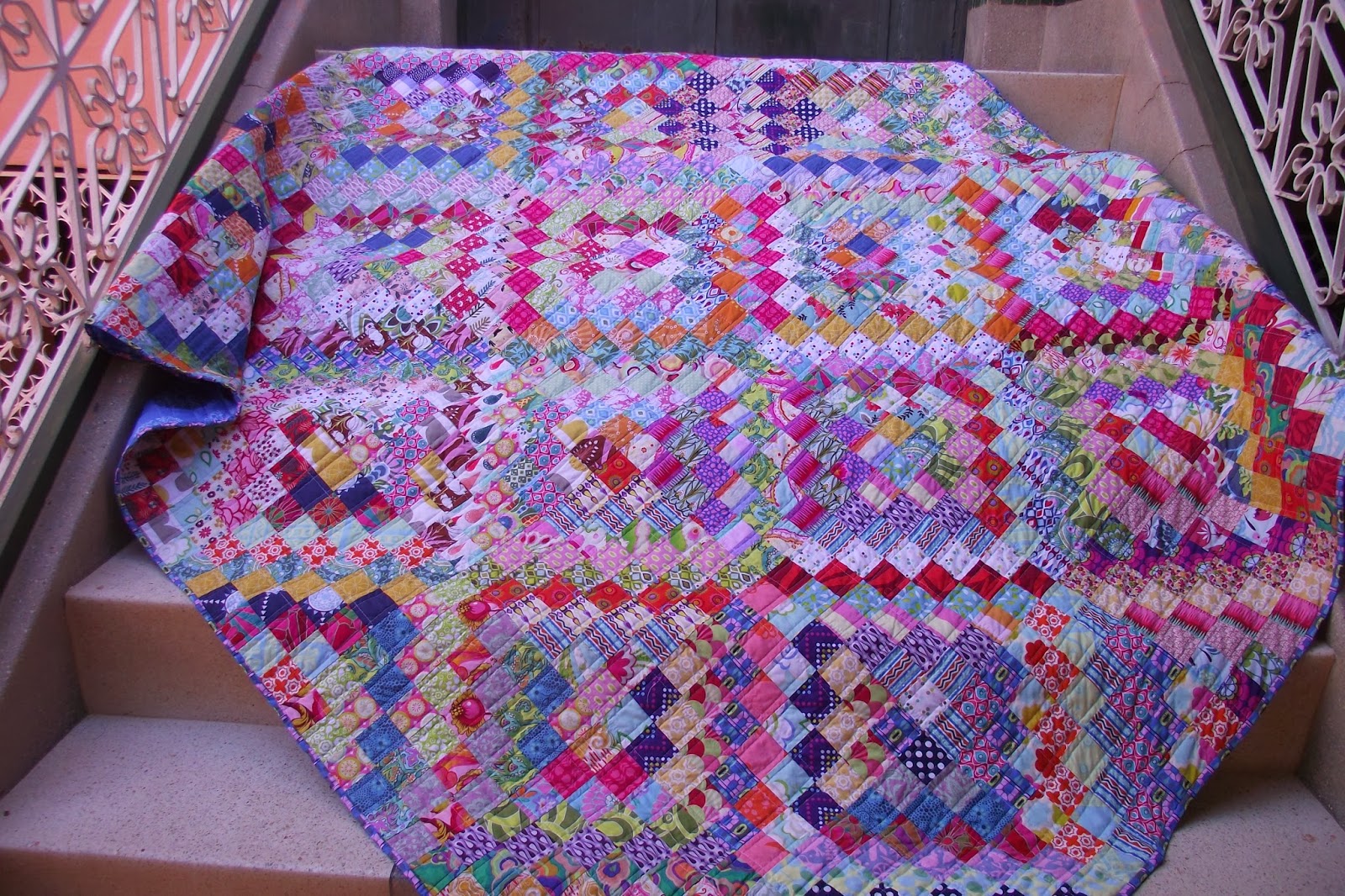 I love it! It's the biggest quilt I have made at 72" x 82" and I hope it'll fit in nicely on our soon to be re-modelled roof terrace. The front is pieced entirely from scraps and definitely a few fuglies! The backing and binding are Cameo by Amy Butler.

So that's it! Expect more from me...I'm not going anywhere for the time being and I'll be getting back to commenting on a regular basis...I promise.

Linking up for the first time this year with Lynne over at Lily's Quilts.