We`re back `home`. Back in Marrakech. We said goodbye to this... 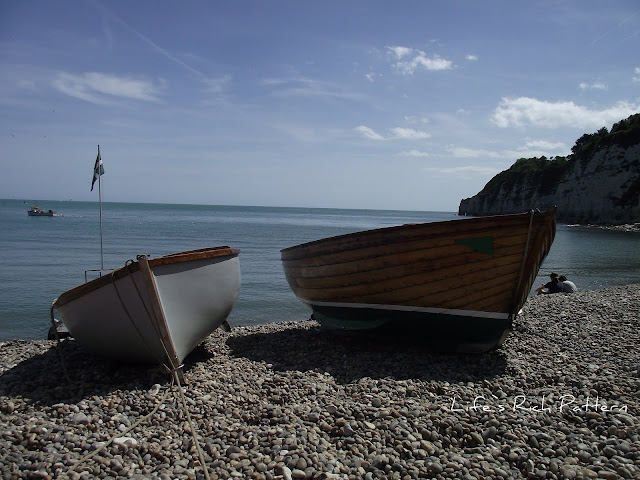 and said hello to this... 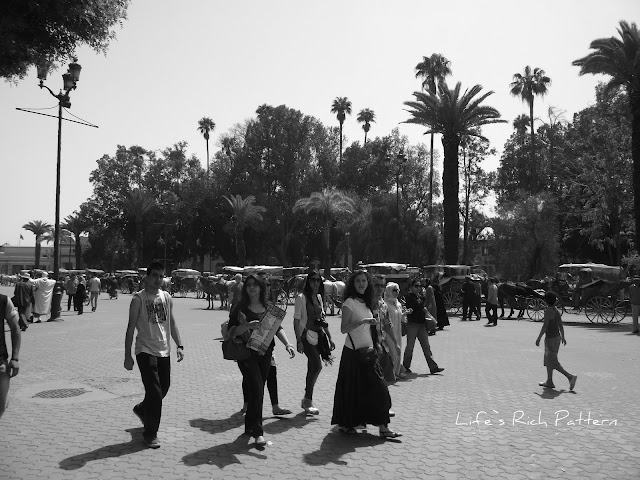 1400 miles or 2250 kilometers separates me from my mum`s home in England. While my husband and I have lived here in North Africa for 9 years last month, it took me a long long time to be able to call it home. It has a different culture, a different climate. Things...are...different. While I have always enjoyed our life here, until about 3 years ago I would always be looking forward to the next time I would return to England and when I did return it was for weeks and weeks in the summer.  Now though I feel settled.  It feels like home. I have learned to adapt.

Today for the first time I am joining in with Thursday Two Questions over at Self Sagacity.  So my two questions to you are:
Please leave a comment and let me know.  Happy Thursday - it`s nearly the weekend!

I feel rather the same about England --except I have been in the US for 30+ years.
I am now a tourist in the land of my birth! very odd.
Hope you had a super visit to England.
I think I'm pretty good at adapting to different things.

I'm pretty good about admitting things - or at least I like to think I am!
I've adapted quite a lot to new things
- living in southern England after growing up in the north
- living in California after living in England
- living in Switzerland - which is a long term (20 year) project so far - and I had to adapt the most - quite huge cultural differences, new languages etc etc
I do think you have to be a certain sort of person to make these changes - it isn't for everyone. I know one lady who returned 'home' after 40 years here - she had never settled and it had never been 'home', which I thin is so sad. I'd hate to live my life wishing I was somewhere else. i think the secret is to decide to be happy wherever you are and whatever life throws at you!
Glad you got 'home' safely!!

Admitting things? I think I am good at that, maybe too much so at times! Adapting? My life has been in a constant state of adaption. To leaving home, to new places, to living at sea, to being married, but most of all becoming a mother. That is my biggest adaption by far, in a very good way.

ok, I'll play
In 1993 my then 17 year old son was dating a girl from the Mormon religion. My son was totally in love with her. He decided to become Mormon. We are Catholic. I was completely devastated and cried for years after this happened. He went to Brasil, on a mission, for two years. She broke up with him but he stayed Mormon.
In 1999 he met and married a lovely young woman named Molly. They have been married for nearly 12 years, have 4 children and a beautiful family life. I love the way they are raising their children. The discipline, the love, the organization all equal a well run home and a loving family. I'm over the Mormon thing and I have to admit I am glad he joined the Mormon church and went on a mission. It helped him grow into the wonderful man, husband and father he has become. And I wouldn't have those 4 beautiful grandchildren if he didn't date that girl in high school.
Now adapting to something new...hmmm, I'm a creature of habit so I like things MY way. Too much information? sorry.

Hi there and welcome to Thursday Two Questions.
1) I am very comfortable at admitting stuff in general, the hard part is being able to recognize it.
2) Yes, coming to the US at a very young age could be easier than those who are much older in terms of learning the language, but it was also much harder for a kid in elementary school. Kids are cruel. I used to get teased, beat-up, and threatened every which way and all the time because I was different. I was called "Chink", and having ugly face expressions made to me even though I am Vietnamese. It was the hardest times of my child hood, and it went on for years like a nightmare that wouldn't end.

I can understand your feelings and thoughts...but you can always call England your home too...tho not living there at the time.

And to answer your questions...
1. Yes, it took me 12 years to finally decide to have heart surgery.

2. This one isn't quite as simple to answer. I'm over 6 decades young, and I feel if you CAN'T adapt to anything that comes your way, then....you're not living.


Thanks for stopping by to visit with me yesterday. As always, I enjoyed having your company.

1)Ooooh! My husband would be quick to tell you that I have no problem saying things! I'm turning 50 in 2010 and I'm having a great deal of trouble saying that.

2)We moved from the quiet countryside with crickets and frogs chirping at night to a downtown urban setting last summer. Drunk college students walk by almost every night either arguing, laughing or singing at the top of their lungs. Everyone thought I'd have a problem because I'm a country girl, but I LOVE it! Even the drunk kids. If that's the worst, so be it.

I'm pretty good at admitting things, my hubby might tell you I'm too good at it. :)

I'm really good at adapting. I moved across the US from Georgia to Alaska, I lived there ten years. When I met my hubs we moved from Alaska to California, then Oregon and now Washington state. All required some adaptation of sorts. I love new things and new places.

I'll join in the fun! It took me a long time to admit that I was better off and happier without my husband. and yes, I had to adapt to being single again after a 20-year marriage, and in the middle years of my life. it was a long road to get to the other side, but it happens in time and it's a tide that simply can't be stopped if the choice made is to embrace life. I love how you've embraced your new life in North Africa with such beautiful grace. have a great weekend Annabella. a beautiful post.

It has taken me a long time to adjust to losing my job because it was the driving force in my life for 22 years.

I have slowly adapted to a different life now, with less money, but less stress and a much more relaxed pace.

did my comment come through? Where did it goes?

What beautiful pictures! It doesn't take me long to say anything...ever...I am definitely a 'blurter'!

I love your photos!

1. Yes it does take me a long time depending on what the thing is. It must be given thought on how it will affect others and life.

2. I'm a chameleon to life :) I have to adapt to alot since my childhood.

It was funny reading your post - I have just got back from the Lake District today (not far from where you were a while ago): and I feel the opposite to you: really unsettled! Havn't felt like this for ages. I lived up there for a long time, and have lived away for even longer, but this time I really didn't want to come back home!

Unfortunately it doesn't always take me a long time to say something: I usually say it and then spend a long time wondering whether I was wise to say it!
I have had a lot of adaptations in the last 10 years: finding myself as a single mum with two young daughters (teenagers now) new home, new job. But fantastic friends, who see you through it all.