I`m not normally so wordy.  Especially on a Sunday. Indulge me or speed read...it`s up to you.

I share my birthday with  Leo Tolstoy Shania Twain.
Green is my favourite color.
I can read and write Arabic script...very slowly.
I'm not so hot at speaking Arabic but I can speak French (ish).
Musical instrument of choice as a child was the violin.
My mother wanted to name me Roxana.
I love the beach on a winter`s day.
When I was 19 I was robbed on The Spanish Steps in Rome.
I went to school in Stratford Upon Avon  - Shakespeare`s birth place.
I have been both a lawyer and a teacher.
Living in Morocco I miss book stores, fabric shops, cheese, weather and my family.
In 1984 I named my pet kitten 'George'.
I am the same age as Nicole Kidman - I ask myself, `Who`s wearing better?`
If money was no object I would own a house overlooking over the sea.
As a teenager I saw David Bowie, Madonna and The Police in concert.
My beautiful boy was worth the wait. 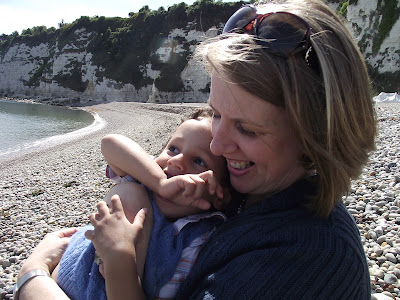 I swim but I don't like putting my head under water.
I would love to go back to university and make better use of my time there.
My husband and I married in London on a cold but cloudless sunny February day.
Pet peeve - moodiness and inconsistency in 'friends'.
In a chemistry lesson, I once set fire to a boy`s jumper by keeping my bunsen burner on the white flame. It wasn`t intentional.
My eyes are green.
On this day in 1994, Charles and Diana divorced.
My mother has been a huge influence in my life.
I often think I would be happy as a vegetarian.
My middle names are Jane and Louise.
'sociable' is teacher speak for 'chatty'
I was always the youngest in my class at school and amongst my friends - that's not the case now.
I met my best friend when I was 13 and we are still best friends.
My husband and I had known each other for a very short time when we decided to get married.
My music tastes are eclectic.
I try to believe in half full not half empty. It`s not always easy.
I'm still trying to get my husband to remember that I like white roses - not red.
Favourite takeout is a curry.
I like the idea of holistic medicine.
I love pearls.
Teaching gave more satisfaction than practicing law.
As a young child my teachers described me as 'sociable'.
This year we celebrated our 11th wedding anniversary.
Looking after my son is a joy.  Most of the time.
I don`t really `do` St. Valentines Day.
I`m currently reading Freedom by Jonathan Franzen.
First holiday abroad was camping in the South of France.
I never dreamed in a million years I would live in Africa. 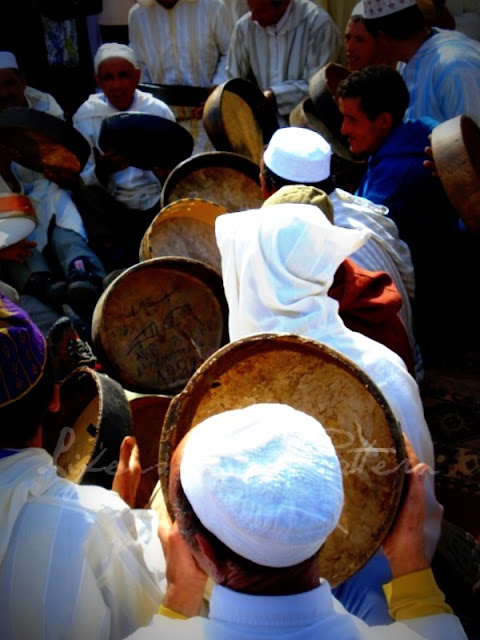 But sometimes I`m very glad I do. Wishing those on the eastern seaboard of the US as uneventful as possible days ahead.
Posted by Annabella at 21:40

How fantastic! What a great list. And happy birthday to you!
I don't 'do' valentines day either!

Happy Birthday - Wishing you white roses. I loved reading your list and getting to know a bit more about you. thank you...and I'm glad your mother settled on Annabella :))

Happy Birthday to you! I loved reading your list...thanks so much for sharing it..

I love this list and reading all about you. Happy birthday to my newest friend! I wish you many blessings and a wonderful day surrounded by family and friends! We really are kindred spirits you know, my middle name is Louise too! Hugs to you !

Happy Birthday Annabella! It’s nice to find out more about you!

According to my extended research (!) it could be your birthday today or 9th September, or are you and Leo like the Queen!?

That's a great list. I would struggle to find 40 things to write about - so well done. It must be the nosy in me but I like to learn about people. lol
Happy birthday on your day (is it today?).

a great list, I think you win over Nicole, just remember airbrushing!

interesting list. and written in a witty funny way.
love it : )

Lovely picture of mother and son on what looks like a peaceful beach. Happy birthday:)

What a great post - being a highly nosy person I loved finding out more about you!
By the way, we just had friends over who have been traveling the world for the last 5 years. Where do they like best - Morocco just south of Marrakesh!!! One day - hopefully not too far away - I'll make it over for a visit!
Happy birthday!!

Two facts about me:
I like reading your blog.
I love your new header.

One statement from me:
Happy Birthday ;-)

Happy, happy birthday!!!! Loved reading this list. And you're definitely wearing your age better than Nicole Kidman!!! Stars never look in real life the way they do in photos and tv. You're naturally beautiful with no need for a make-up and hair crew. :)

Happy Birthday.
Loved all the little snippets about yourself.

"Sociable" = chatty
and
"lively" means quite out of control.
I think I have currently gone off wanting a house overlooking the sea.....

Re books. Do you have a Kindle?
I think you could get all the books you want on that.

hey Annabella, a happy and beautiful birthday to you. I loved reading your list of 44 things - and never would have guessed you to be/have been a lawyer. more on the artistic end of things. you've lead a most interesting life, and think of all that is yet to come. happy day to you Annabella!

I read every single fact and laughed out loud a few times.

Happy birthday!!! I wish we could clink our glasses in mutual celebration...failing that, know that I am sending you good wishes for a magical year :)

this is beautiful annabella. what a great list. love your words!

Happy Birthday, Annabella. Although I don't write posts like this very often, I do enjoy reading other's posts about themselves. So interesting!

I did a post when I turned 50 about the celebrities that also turned 50 that year. Made me feel a bit better! :)

well - that was wonderful. Wonderful to meet you, wonderful to know more about you, and you are wonderful.
I can tell your heart is purely wonderful.

Ok, now over a cuppa we should exchange our lists - we do have some in common for sure.
I think I was 'sociable' too as a child and even more so as an adult.

birthday wishes one 44 year old to another x

Hope your birthday was wonderful. Sorry for my belated wishes. Reader isn't showing me your posts at the moment. Realised that I hadn't seen any since I came away so went looking and I am missing out on 44 facts about you!! Love all the details. Hope you got some White roses!

Silly phone accidentally deleted comment :(
Wow what a fantastic list i hope you have a magical birthday white roses And all xx

Best wishes for your recent birthday. I loved reading your list and wasn't surprised to see how much we had in common. Your new header photo is just great and I have enjoyed my armchair travelling by visiting your blog. May you have many, many more birthdays

No problem, I absolutely understand- i almost felt the same myself!

What a beautiful post - thanks for sharing so much about yourself!
Ronnie xo

happy {belated} birthday!! :) i loved learning fun tidbits about you + your life!

the 'who's wearing better?' (nicole kidman) made me chuckle~ + oh what i would give to see david bowie in concert!