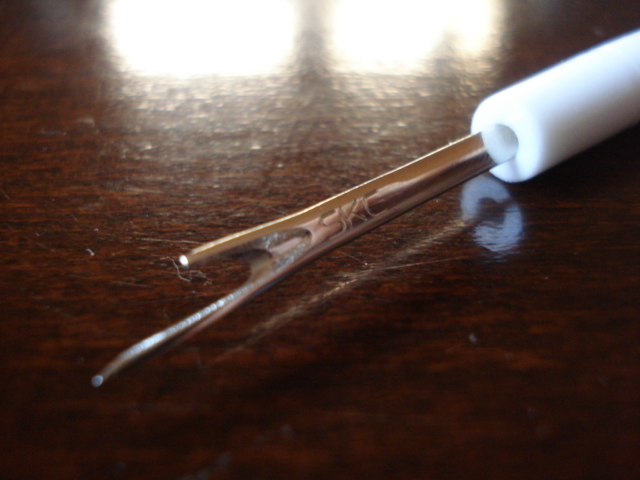 I have absolutely nothing to show you as I`m finishing up the quilt I`m taking with me to Paris...it`s going fine now but I have been using my unpicker quite a bit but that`s just because I`m a bit picky.

I can`t tell you how I have giggled at the names you guessed for my brothers.  I don`t know who you think I am but my particular favourites are Thaddeus, Tobias, Clayton and Hubert.  Great guesses but sadly all wrong.  Anyone would think you thought I had brothers with unusual names!

Three of the names were guessed - they are Henry (Hen - the youngest), William (Will) and James (Jim).  Nicolette suggested James in the very first guess so congratulations Nicolette -  email me your details and I shall send you a small souvenir of my forthcoming visit to Paris.  It was too much fun to tell you to stop guessing but thanks to everyone who took part and a few of you suggested James.

The name that no-one guessed was my eldest brother.  Now the likes of  Chris Martin and Gwyneth Paltrow may think they are trailblazing unusual names with the likes of Apple but back in the sixties my mum and dad had a good try at it.  My eldest brother is called Torquil which is a Scandinavian Scottish name and which apparently means Thor`s Cauldron.  The Times newspaper said it was the most unusual name given to a baby in 1964 but unfortunately they misprinted the name as Tonquil!

Hope you are having a great Sunday.
Posted by Annabella at 16:34

My grandparents were fond of unusual names too. My mom's name is Triss and my aunt's name is Kriquette (pronounced "Cricket"). And then I have an Uncle Larry... I suppose my grandparents wanted at least one child who wouldn't get made fun of!

I dated a Torquil once - but I stopped when I found out he was my GPs son. That was just too weird! I would have got in there with James if I had been quicker off the mark. Well done to Nicolette.

Have a great time in Paris and lucky Nicolette!

Have a wonderful time in Paris!

Ooh how old is Torquil? - my oldest friend/childhood neighbour went to school with one!
My parents were so normal ;)

Wow! Torquil's name is almost like Toring's name...my grandson. Some day I'll tell you the story behind that one. Have a blast in Paris. Congrats to the winner.
xo

Oh, wow, Annabela, so wonderful I guessed the name of one of your brothers right and are to receive a little souvenir from Paris. I love Paris, we spent our honeymoon there and went back so many times! Enjoy!
I’ll send you an email with my details!

Torquil is a very special name!!

Hahaha, I actually nearly went with Torquil, but I disposed of it with Farquhar and Quentin lol And uh, yeah, my Sunday best name doesn't get out much in public for a similar reason to your parents' rather ambitious naming...

Anyway, have a fab time in Paris!

Enjoy your trip to Paris and your time with your brothers.

Had to laugh at the closeup of the seam ripper. I've been giving mine a workout lately, too, sad to say.

Hey I like the picture of your seam ripper, close up and a reflection :)) What more could we ask for!
I've never heard the name Torquil before - very unusual. Did your brother like his name?
Hope you manage to get your quilt finished for your trip to Paris.

I like the way I suggested two out of your four favourite 'odd names'!! Love the photo of your unpicker!

my seam ripper is probably the most used thing that I have!

Wow! fancy growing up with 4 brothers - now what was that like? I only have 1 and frankly he was more than enough!!

Darn! I missed out! But neither of my guesses were right!

how are you gorgeous gal?

Ummm... gulp.... I think it was me who may have suggested Clayton (I am laughing out loud - seriously!!)
sorry love.


Have a wonderful day,

We named our eldest daughter Kescha - after Marrakech... We'll take her there one day! You are so lucky to live in such a magical place!

Guessing your brothers' names was fun, and reading the comments was even funnier!
Have a nice trip to Paris, I wish that I could go, too.